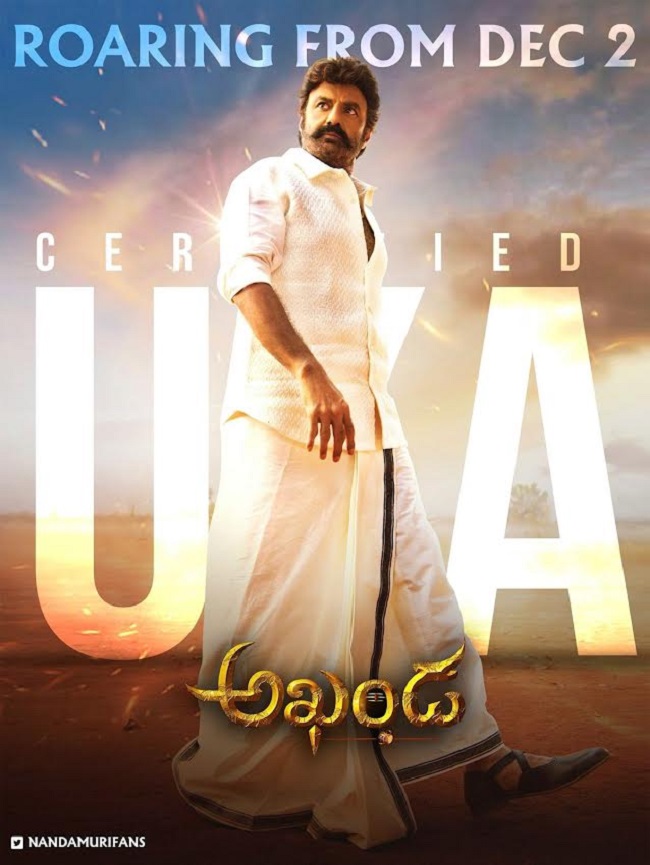 Nandamuri Balakrishna’s Akhanda has completed the last-minute formalities. The film has cleared the censor formalities and is now gearing up for a grand theatrical release on the 2nd of December.

Interestingly enough, Boyapati Sreenu has locked lengthy run-time for Akhanda. Apparently, the final cut of Akhanda has a run-time of 167 minutes (2 hours 47 minutes) which is slightly on the higher side for a commercial entertainer.

Also, Akhanda has been accredited with a U/A certificate by the censor board. The film is cleared for viewing for all age groups.There are under two weeks left for the theatrical release of Akhanda and we can expect the makers to commence whirlwind promotions soon.

Akhanda is a powerful action drama directed by Boyapati Sreenu. Balakrishna plays a full-on massy tole in the film. More promotional material will be out soon.