Advertisement
Home News Telangana “Gives” more than what we get in return: KTR 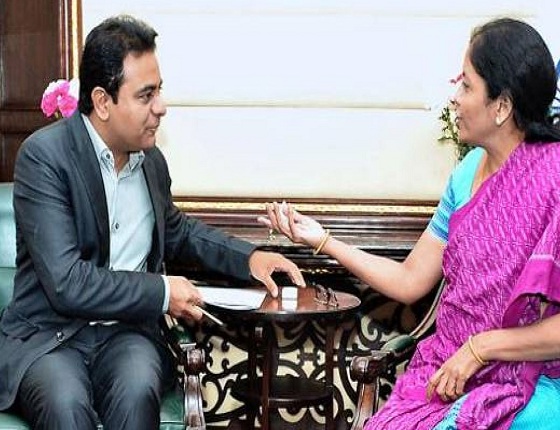 The other day Union Finance minister in a written reply in Lok Sabha said that the Centre has given Rs 85,000 crore for Telangana in the last six years yet the state’s debts have increased by multi-folds. Based on these numbers, the oppositions have lashed out at TRS government for pushing the surplus state into debts.

TRS working president and IT minister KTR stepped into action and tried to counter the minister Nirmala’s claims. Taking to his Twitter handle, KTR added that, “Pained by the condescension in the statement of Finance Minister in parliament that GOI has “Given” Telangana funds. People of Telangana & the nation need to know what Telangana “Gives” to GOI in the form of taxes & what we get in return.”

Concluding, he wrote, “I am not demanding that states be devolved every penny we pay to Govt of India. India is a union of states; there are no givers OR takers when it comes to Centre-State relations & rightful devolution. Hope that clears it.”