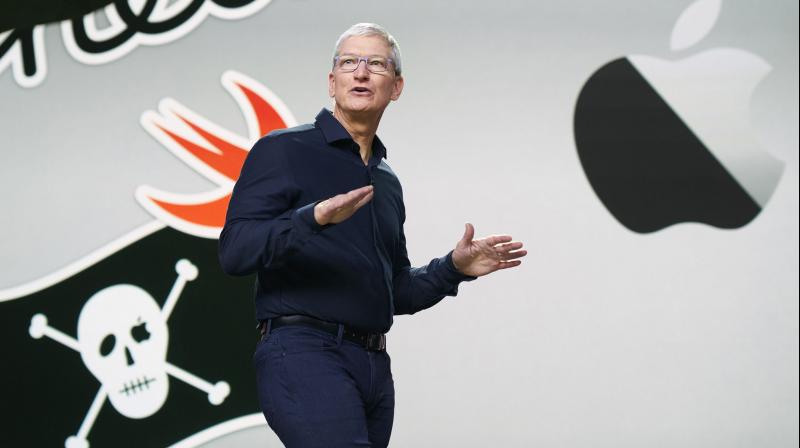 In his book Super Pumped (a biography of Uber), Mike Isaac argues that App Store and Play Store give Apple and Google, respectively, the power to destroy multi-billion dollar companies. So when Travis Kalanick (then CEO of Uber) was charged with breaking some of the rules of App Store, and he managed to survive a meeting with Tim Cook without getting Uber kicked out of App Store, he felt like he could survive anything. When it comes to App Store, and the millions of developers and apps working on it, Apple is god.

In case you have been living under a rock, Apple has been having quite a month. Just a few days ago, the Cupertino giant had its annual World Wide Developers Conference (WWDC). Traditionally the company launches new software updates during the event – think iOS, MacOS, WatchOS, TvOS and so on. During this year’s event, Apple unveiled the ability for people to choose their default email apps.

It may not sound like a big deal to most people, but the development was a subtle nod to anti-trust. Earlier this month, a mid-sized developer called Basecamp launched a paid email service called Hey. The service, as expected, was out on App Store and Play Store and seemed like business as usual. That is until Basecamp tried to submit an update to the app, a routine attempt to fix bugs, and Apple refused to roll it out on App Store.

As excellently put by The Verge, App Store requires paid services to offer users the ability to sign up and pay — using Apple’s payment tools of course. That costs developers a non-negotiable 30 percent cut (for the first year, and 15% for subsequent years).

Hey, however, did not offer in-app subscriptions, which violated the rules of App Store. To which the Basecamp CTO’s response was to say he would rather “burn this house down myself” than pay a 30 percent fee to Apple. For context, all this was happening while the European Commission launched an anti-trust investigation into Apple Pay and App Store practices.

Apple is not the first name to come to mind when it comes to anti-trust regulation. Generally you associate Google or Amazon with any mention of such regulation. But think about it, App Store is one of the most controlled toll booths on the internet. Just last year, the platform helped Apple raise more than half a trillion USD.

But yet here we are, and instead of directly talking about anti-trust, I want to try and trace the original sin by Apple towards Basecamp. Is the case problematic because the 30% developer fee is too high (and arguably, selectively applied)? I’m not so sure. There is a growing sense to see App Store, Play Store, social media, and even GIF apps, as public utilities. So by extension, this should allow developers to post apps without paying a fee or allow users to post misinformation in the guise of free speech.

This perception is mistaken. These platforms may not be immediately rivalrous, but they are excludable in theory. In addition, they are privately owned and are not accountable to their users. For instance, Apple does not ask developers or users for suggestions when it updates the terms of service. Or in case you have an Instagram page that reaches a thousand followers, nothing is actually stopping the platform from deleting your account.

The truth is that these platforms are free to set their own rules as long as it does not contradict the law of the land. And you could make that argument about any fees. It’s not like if the fee were 20%, it would be less of a problem.

Or is the problem that unlike the Mac, App Store and Play Store, Apple does not allow apps from outside the App Store to be installed on iPhones? You could make that case. But the fact is that the scale on which the iPhone operates remains unmatched by the Mac or any singular line of Android Phones. Couple that with Apple’s commitment to maintain security and have higher standards of privacy and you realise why it is important for the company to determine what can and cannot stay on its phones.

Or is the argument that Apple is too big and hence all of the above become problems? In which case, you could make the case for breaking up the company into say, wearables, phones, tablets, laptops, and services. But then the original problem with App Store would still exist, considering that money would be relatively harder to come by and they would need to rely on the existing business model.

According to Basecamp CTO David Heinemeier Hansson, it is all of the above. Speaking on an episode of The Vergecast, he argued that Apple has been using this extortionate scheme in the guise of maintaining people’s privacy. This, in turn, is harming developers (by coercing them to share revenue) and users (by limiting competition and subjecting them to worse products and services).

It is not hard to see where Heinemeier Hansson is coming from. The real problem here is that Apple plays two roles when it comes to App Store – gatekeeper and revenue collector. So there is an underlying incentive for the company to make the platform as profitable as possible. There have been arguments to break up the company (and it is easy to understand why, the wearables business of Apple alone is the size of a Fortune 150 company).

Plus when you are the size of Apple, and have millions of developers working on App Store, the smallest of policy changes are bound to have a massive impact on developers. But tearing App Store away from Apple is still not going to fix the problem, especially not in a way that makes sure that App Store retains its standard of user privacy.

Instead, what is needed is regulation for app stores. There is an inherent need to separate the gatekeeper from the revenue collector to mitigate an obvious conflict of interest. Time, and the development of anti-trust investigations, will tell whether we will go down this path. Until we do, in the app world, Apple is, and will remain, God.