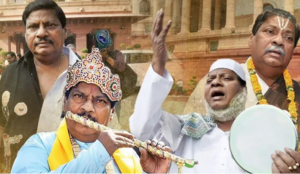 A day later, Siva Prasad is moved to Apollo hospitals in Chennai but his condition kept degrading. For the last few days Siva Prasad is said to be on ventilator and his condition further went down on Friday. The ex-Parliamentarian is suffering from Kidney related issues since long time.

TDP chief Chandrababu Naidu who is getting the details of Siva Prasad’s health, is already on his way to Chennai. Naidu will meet the family members of Siva Prasad and will also meet doctors who are treating him.