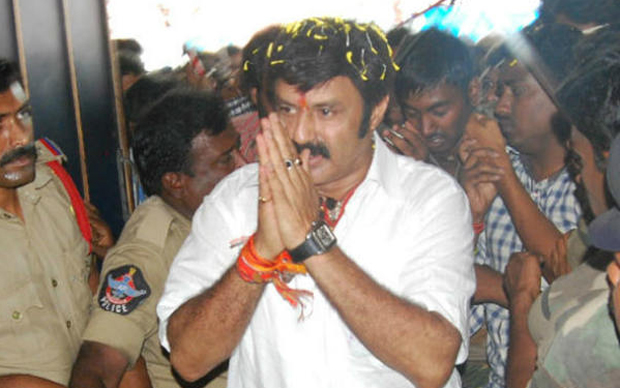 It is not usual to see a female antagonist opposite star heroes, particularly in Telugu. In the recent past, some actresses shown interest to play such negative roles. Be it star actress Trisha in ‘Kodi’ or Varalakshmi Sarath Kumar in ‘Sarkar’ and ‘Sandakozhi-2’, Kollywood audiences were okay with the idea of seeing the glamorous ladies confront a star hero.

The 34-year Varalakshmi impressed as a villain in Vijay’s Sarkar and Vishal’s Sandakozhi-2 and this time, she is more likely to play the negative role in Telugu. According to our latest reports, the award winning actress has been roped in for the villain role in Nandamuri Balakrishna’s upcoming movie with KS Ravi Kumar. Despite having many projects in her kitty (in both Tamil and Kannada), Varalakshmi has reportedly agreed to be part of Balakrishna’s film in Telugu.

However, we do not know if she is the only villain in the film which is yet to be named. Rumours are indicating that it could be titled as ‘Rowdy Inspector’ and Kannada beauty Hari Priya could play Balakrishna’s love interest for the second time after ‘Jai Simha’, which also was made by KS Ravi Kumar. However, we will have to wait for an official confirmation from director or makers on Varalakshmi’s onboarding and other details.