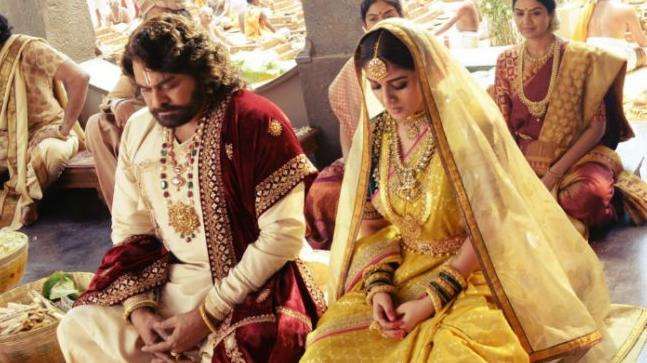 As this happens to be a patriotic film, many felt that there is no commercial treat in the movie but director Surender Reddy is making sure that he follows all the spicy theorems to deliver a stunner with Megastar’s Sye Raa.

Word has that Surender Reddy is now going to carve some romantic episodes between Nayantara and Chiranjeevi at specially erected sets in Annapurna Studios. Also the unit film a romantic song under Sekhar master’s choreography for Sye Raa on these two lead actors at the very same set.

With Nayantara playing the first wife of Uyyalawada Narasimha Reddy, there are lots of romantic scenes between the two and they are going to be a treat for masala movie lovers. And we hear that there is a bit of glam quotient involved as well from Nayan’s side for these episodes.

At the same time, there is a song on Chiranjeevi and Tamanna as well which happens to be a dream song of Milk Beauty and it is yet to be filmed. For now, fans are waiting for the teasers of the film to come out.