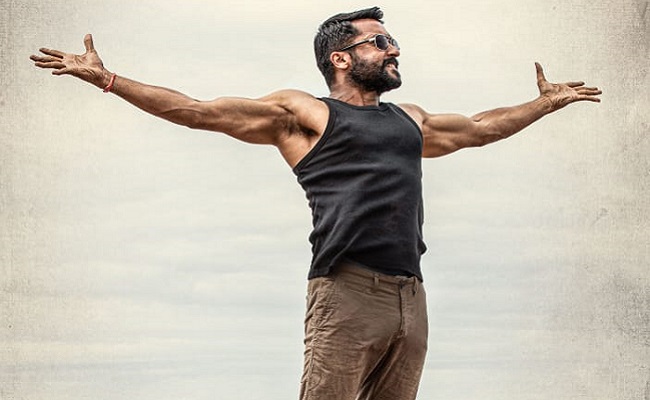 Kollywood star Suriya will next be seen in Aakasam Nee Haddhu Ra which is based on the life of Air Deccan founder GR Gopinath.The team has planned to keep their promotions in-line with the theme of the film. New song of the film will be launched in an innovative manner in mid-flight.

Suriya, who is also a philanthropist, takes 100 first-time flyers in the flight to launch the song. These 100 kids from Suriya’s Agaram Foundation School were chosen by the team in a competition where they had to write about the fondest dreams and desires.

Mohan Babu who plays a key role in the film is also taking part in the song launch.The film directed by Sudha Kongara Prasad and jointly produced by Suriya and Guneet Monga will release in April 2020.

The teaser of Aakasam Nee Haddhu Ra caught the attention of everyone.