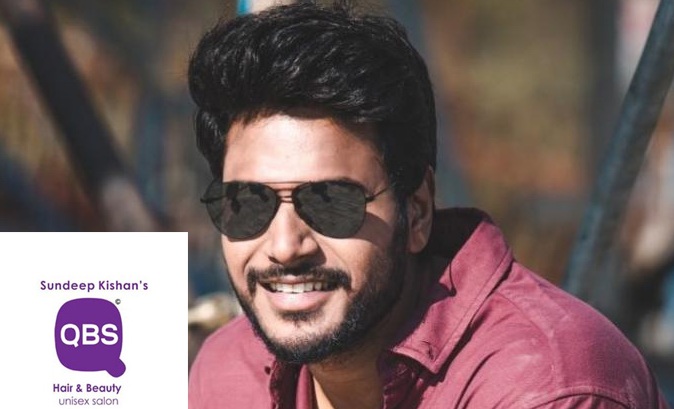 Sundeep Kishan, who had already ventured into food industry by turning into a partner for a restaurant which has multiple outlets in Hyderabad, is all set to try his hand at different business.

Sundeep is foraying into saloon industry. He said to have purchased franchise of QBS Salon in Amaravati. The actor-producer has recently surprised his parents by gifting them the Benz GLE 350D, the luxury SUV.

On work front, Sundeep is busy with his projects. He is pairing up with Lavanya Tripathi for A1 Express where he would be seen as a hockey player. Besides that, he is also gearing up for the second season of The Family Man, the popular web-series on a famous OTT platform. The second season also features Samantha Akkineni in a special role.

While Sundeep’s recent films have failed to impress, the Prasthanam actor is trying to flourish in other business avenues. Let’s wait and see, what is in store for him.