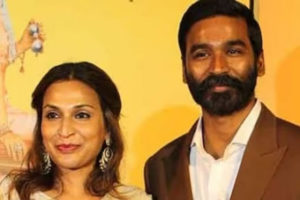 He is a Talented star and known for his unmatchable acting skills. As a parameter of his acting, he won National Awards too. As a growth as a star, he recently acted alongside a big Hollywood star and his role in the action entertainer received good reviews.

The star is none other than Dhanush. He was in the news recently when the news of him and his wife reportedly deciding to part ways. It’s been around 19 years since the couple tied the knot and they have two children.

Now it is said that the couple is reportedly thinking of changing their mind about divorce and working on it. As per the Tamil media, Dhanush and Aishwarya are on the journey to reverse the decision and call off their divorce.

It is known that Superstar Rajinikanth shares a good bond with his daughters. As per the reports, he played a big role in making the couple understand that they can stay together and they should give it a try. If this happens, then it would be happy news for the fans.