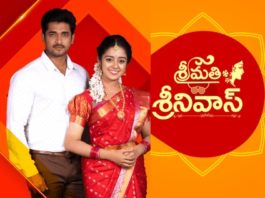 Talented singer and dubbing artist Hemachandra who is a familiar name in the Telugu states has been married to singer Shravana Bhargavi for nearly a decade and they even welcomed a child into this world a few years back. They give musical shows together and even attend a lot of TV shows as a couple which made them very familiar with the public.

For the past few days, a lot of rumors popped up claiming that this singing couple is getting divorced and this news spread like wildfire. With people blowing this news out of proportion, Hemachandra decided to give a clarification. He did it in style by taking to his Instagram account and sharing a story that said, “Unnecessary ‘irrelevant’ stupid information spreads much faster than my independent songs. BTW check out ONE LOVE. Link in bio.” He tagged his wife Shravana Bhargavi and said, “to stupidity & people who r ready waste their time. Cheers.”

After Hemachandra, it is Shravana Bhargavi’s turn to take a dig at what was happening on social media. She wrote, “In the past few days, My Youtube views have gone up, My Instagram followers have increased, I’m getting more work than I usually do, I’m earning more than I usually do. Good call. Right or wrong, Media is a blessing – Random Thought.”

With the couple themselves giving the needed clarity, everyone expects these rumors to die down within no time.