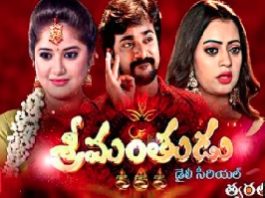 Energetic hero Ram Pothineni has recently announced that he will be doing a Tamil-Telugu bilingual film under the direction of Lingusamy. His last film ‘RED’ did fail to entertain the audience and he is planning to go big with this bilingual.

Produced by Srinivasaa Chitturi, this film is expected to be made on a grand scale. Lingusamy is a star director in Kollywood who is known for his films like ‘Awara’, ‘Pandem Kodi’, ‘Sikander’ and others. He reportedly penned a good script and it is being made on a budget of 75 crores. This is a very huge sum considering the fact that Ram’s films never collected over 60 crores.

His biggest hit till date was ‘iSmart Shankar’ and spending such big money on a bilingual project is going to be very risky as per experts. This has become a hot topic among the Film Nagar circles. We need to see if Ram will be able to recover such a big budget or not.