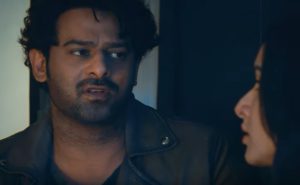 Expectations are piling up as Team Saaho continuously releasing updates regarding the film.

Fans are super excited as they are about to witness the biggest action thriller in India ever. Makers have already announced that they are going to release the first song on July 7th.

There is one more good news for fans to be excited about. Makers are planning to screen this special song for at least 300 fans in one of the multiplexes in Hyderabad on Monday before releasing it to the entire world.

On the work front, team Saaho completed filming a song at Tirol in Austria and are planning to wrap up the entire shoot part within the next few days.

Saaho will hit the screens all over the world on this Independence Day. ‘