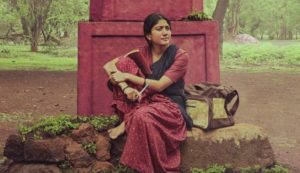 Sai Pallavi is in pole position to sign for Nani’s Shyam Singha Roy which will hit the floors in the next couple of months. The talented actress has already given her nod to the project and the financial aspect will be sorted out very soon.

Reportedly, Sai Pallavi will be pocketing a hefty remuneration of Rs 2 crores for playing female lead in the film.

Initially, Sithara Entertainments were taken aback by Sai Pallavi’s demand. But they decided to cast the young Malayali actress as they feel she suits the role perfectly and also boosts the market of the film. An agreement will be signed soon and the official announcement will made soon after.

Interestingly, Nani has prioritised Shyam Singha Roy over Tuck Jagadish and wishes to kick-start the former soon. He has already started preparing for his role in the film.

Shyam Singha Roy has Rahul Sankrityan at the helm and is set out in Kolkata backdrop. More details about the project will be out once the shoot commences.