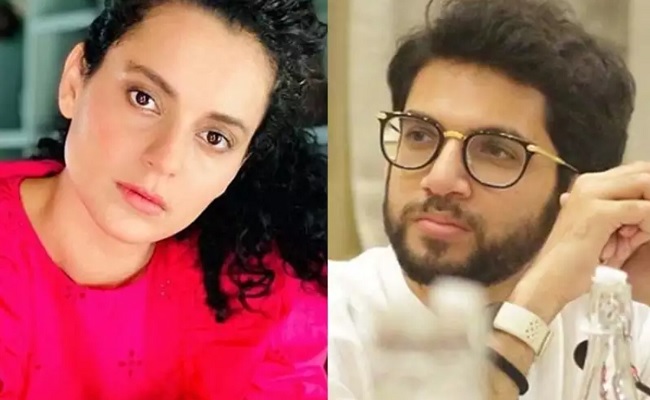 The Shiv Sena leader clarified that he doesn’t have any relation to the matter. He went to slam the opposition for using someone’s death for political gains. He also called it “dirty politics”!

Her tweets read, “Ha ha look who is talking about dirty politics, how your father got CM seat is a case study of dirty politics sir… forget all that ask your father to answer few questions related to SSR death…”

1) Where is Rhea?
2) Why Mumbai Police didn’t take FIR on SSR’s unnatural death?
3) When a complaint was made about SSR’s life being in danger in the month of February, why Mumbai Police called it a suicide on day one?
4) Why don’t we have forensic experts or SSR phone data who all called and spoke to him during the week of his murder?
5) Why IPS Vinay Tiwari is locked up in the name of quarantine?
6) Why being fearful of CBI?
7) Why Rhea and her family looted Sushant money?

“These questions have nothing to do with politics please answer these…”

Sushant Singh Rajput passed away on June 14 at his Bandra residence. The case is currently being investigated by the Mumbai Police.

After SSR’s father filed FIR against Rhea Chakraborty in Patna, the Bihar Police have arrived in the city to look into the matter.