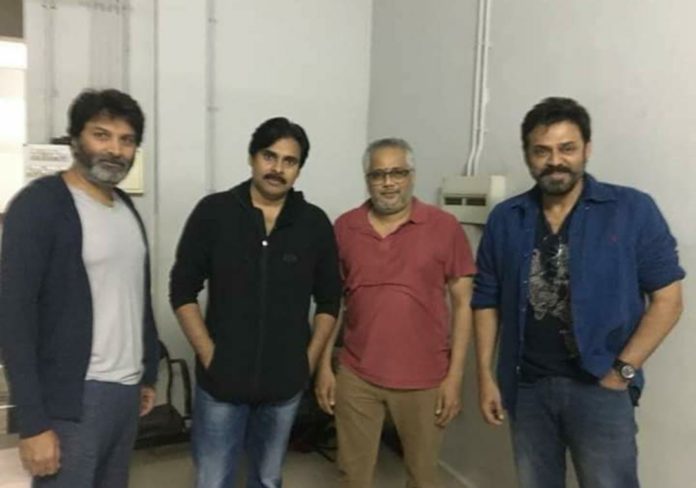 Trivikram shares a very close rapport with Pawan Kalyan and Venkatesh. He bought them together for Agnyathavasi, but these combination scenes were later deleted from the final cut for undisclosed reasons.

As one would expect, both Pawan and Venkatesh are excited about the prospect, but it is too early to comment about the materialization of the project.

Trivikram is currently focused on Bheemla Nayaka and SSMB28. He might be focusing on the much anticipated multistarrer with Pawan and Venkatesh once he is done with his immediate commitments.