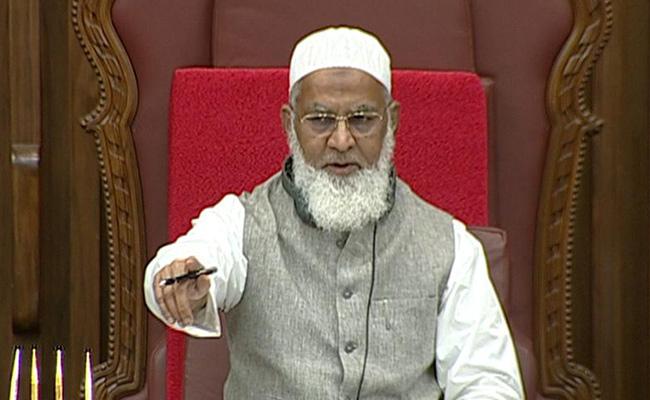 The controversial episode of the constitution of select committees of Andhra Pradesh state legislative council to look into the two bills related to the capital cities of the state is heading for an interesting climax.

Legislative council chairman M A Shariff on Thursday sent a strongly worded letter along with the file on formation of select committee for a second time to legislature secretary P Balakrishnamacharyulu, asking him to follow his instructions strictly.

Shariff expressed anger over the secretary returning file to him a couple of days ago stating that the select committees could not be constituted as the decision of the chairman was not in tune with the laid down procedures.

“The formation of select committees does not fit into the Business Rules of the legislature as no motion was moved in the council and no opinions of the members was taken as per the procedure,” the secretary wrote to the chairman.

In his letter, the chairman said the secretary had no option but to follow his orders which he had passed under Rule 154 using his discretionary powers.

“There is no possibility of conducting voting on this. Please issue a bulletin forming the two select committees and send the relevant file to me immediately. Otherwise, action would be taken against you as per the legislature norms,” Shariff warned the legislature secretary.

The legislative council chairman is upset with the announcement made by deputy chief minister Pilli Subhash Chandra Bose and others that the two bills were deemed to have been passed as the select committees were not formed within 14 days as per rules.

“The council chairman has gone against the rules of the House in the name of discretionary powers and sent the bills to the select committees,” the deputy chief minister charged.