Serial Director Kiran Kumar Opens Up about his Dream Project 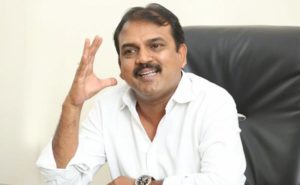 We have already reported that ace director Koratala Siva has recommended Geetha Govindam fame Parasuram to Mahesh Babu as he shares a great rapport with Sarileru Neekevvaru actor and the latter one. Now, the latest reports reveal that Koratala Siva has inked a secret deal with Mythri Movie Makers.

Going into the details, Parasuram is holding talks with superstar Mahesh Babu and some reports claim that the pre-production work for the Mahesh Babu starrer has started.

Touted to be a family entertainer, this movie is likely to have many actors from different languages playing pivotal roles. However, the makers are yet to make an official announcement regarding the project.

Media reports claim the director has approached Keerthy Suresh to play the female lead in this movie. It is heard that the Mahanti actor has loved the script, and has given her nod for the Mahesh Babu starrer. The shooting of the forthcoming movie will reportedly start in June 2020 after the coronavirus crisis is solved.