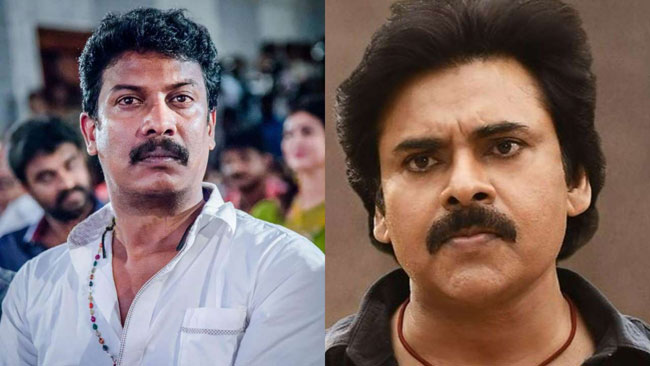 Samutharakani has promised Pawan Kalyan’s fans a fan feast with the film as he too will handling a film like an ardent fan of Pawan Kalyan.

“I personally am a big fan of Pawan Kalyan and I promise Pawan’s fans that I would do my level best to ensure a winning film. I know the sensibilities of the fans and I would like to convey to them that they can expect a fan-pleasing one.” Samuthirakani said in his interaction with media.

The versatile actor implied that the film will be a highly exciting one and it will please Pawan’s fans to a great extent.

Samuthirkani is currently busy with his acting assignments and he will start focusing on Pawan’s film by this July. The film’s shoot is expected to commence this July. It will feature Sai Dharam Tej in one of the lead roles. More details about the project will be out in the next few days.