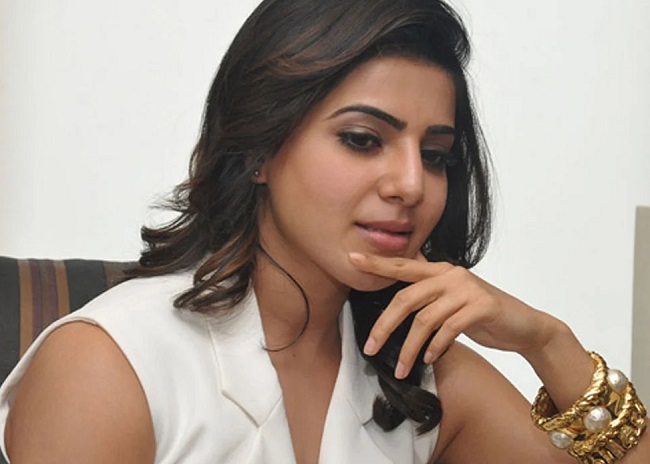 Samantha is set to resume her acting career again after a brief layoff. She has signed a couple of bilinguals and is also in talks for a couple of web series. In her latest interaction with a Telugu media portal, the actress spoke at length about her upcoming film Shakuntalam, her little costar Allu Arha, and also her maiden web series, The Family Man 2. The star actress says she can’t wait to get back in the game and commence shooting for her upcoming projects which were announced recently.

About The Family Man 2, Samantha says “I knew that I was working on something special right from the day I started shooting for The Family Man 2. I shared a special bonding with the team of The Family Man 2. It holds a special place in my heart. Moreover, I wasn’t expecting such an astounding response for my character and also the series, as a whole. The response for the show swept me off my feet. It was really a special feeling to be a part of such a cult show. Also, I was surprised by the applause I received from the Northern audience. I am very much a South Indian actress and it felt nice to receive such appreciation from the Northern circuit,” she said.

When asked about Allu Arha, Samantha says the Allu girl was born to be a rockstar and she is destined to greatness. “Arha is a born rockstar. She is a true performer. Everyone will say I was right about her potential once they watch the film. There were 200-300 people on the sets but Arha didn’t faze one bit and she put on an exquisite performance. She got most of her takes right on the first go. She surprised us all with her acting prowess right at a young age. I am confident that she is here to stay and will achieve great heights in her career. It was a nice experience working with her and I am glad that she is debuting with my film.” Samantha added that she is really excited about Shakuntalam.