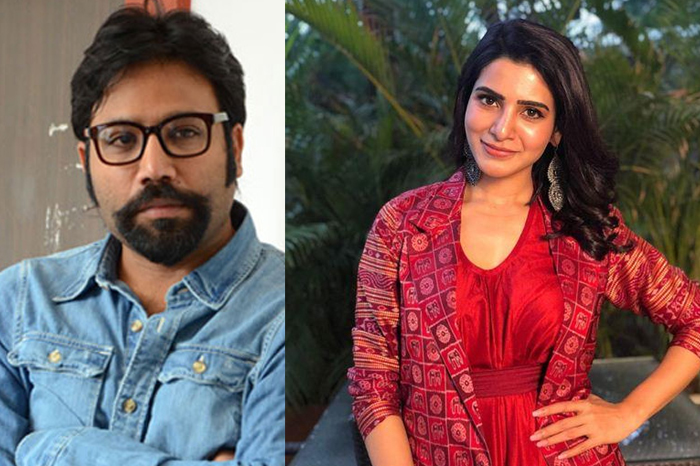 Sandeep Reddy Vanga’s comments have become a hot topic in film industry cutting across languages. However, our own Telugu Kodalu Samantha has found fault with Sandeep’s comments and she also stated that she is hurt with his remarks.

Going into details, Sandeep has defended the scenes in his film Kabir Singh (Hindi remake of Arjun Reddy) which see the protagonist beating his love interest. He said, “When you are deeply in love, deeply connected with a woman and vice versa, there’s a lot of honesty in it. And if you don’t have that physical demonstration of…if you don’t have the liberty of slapping each other, then I don’t see anything there.”

With this, many feminists and women associations have condemned Sandeep’s comments questioning how violence against women and harassment can be disguised as love.

Now joining the bandwagon is Samantha Akkineni. Samantha responded on Sandeep’s comments. She said, “Those comments are really disappointing.” Interestingly, an English daily has found fault with Samantha’s comments and “double-standards” as she had liked Arjun Reddy. Responding to the criticism, she clarified,”Liking a film is different. Differing from the comments and opinion of another is different. I liked Arjun Reddy as a story. That doesn’t mean I also like the concept of hitting your partner and love.”

With a top actress like Samantha differing with Sandeep, the whole issue has got a new turn. It can be noted that Samantha had earlier commented on the poster of Mahesh Babu’s One – Nenokkadine as “regressive” when a woman (Kriti Sanon) walks on knees behind Mahesh Babu in the movie poster. That had also became highly debatable.