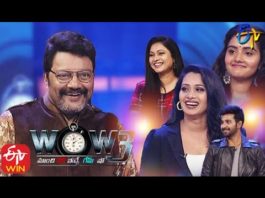 Reportedly, Akhil Akkineni has stated that his next film Most Eligible Bachelor will be out in theaters on January 22nd. He made this comment in his latest interview with a Telugu media portal.

If Akhil’s comment is to go by, Most Eligible Bachelor will be releasing just a week post the Sankranthi season.
Interestingly, quite a few biggies are lining up for release next Sankranthi season. Pawan Kalyan’s Vakeel Saab and KGF Chapter 2 are likely to enter the Sankranthi race if Covid-19 effect subsides by then.

Just a small portion of Most Eligible Bachelor is left to be shot and it is expected to be wrapped up in a single schedule. The makers have more than enough time to complete the post-production and release the film early next year.
Akhil will be joining hands with Surender Reddy for his next project. This film will start rolling after he wraps up Most Eligible Bachelor.