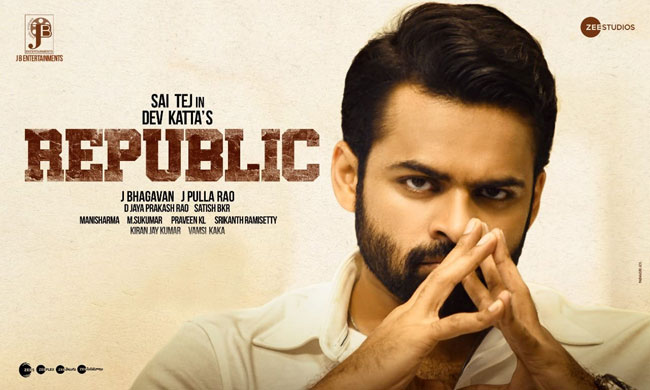 Sai Dharam Tej’s recent theatrical outing Republic is set to land on OTT now. The film will be made available for streaming on ZEE5 from the 26th of November.

Ahead of Republic’s OTT premieres, Sai Dharam Tej dropped a video message to his fans and followers and the same was unveiled at the recently held promotional event.

“Thank you for your never ending support. Republic is a film that is very close to my heart. We’ve put our heart and soul into this film and loved every bit of it. Now, the film is set to entertain the OTT audience and I couldn’t have been happier,” Sai said.

The director Deva Katta said Republic is an honest film and it reflects his take on the modern day society.

“Sai Dharam Tej and I connected on a personal level while working on this project. He truly believed in the story and the essence of the film. I am glad to have worked with him for Republic,” he said.

Now, it remains to be seen if Republic can actually manage to impress the Telugu OTT audience.