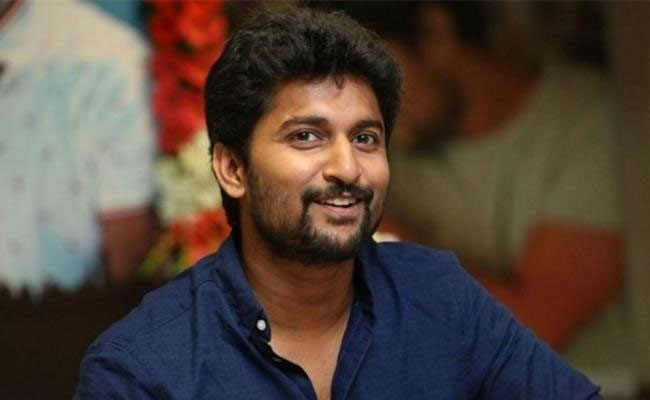 The Natural Star of Tollywood, Nani was busy adjusting the release dates of his upcoming films but the Corona pandemic has shattered all his plans and made the actor idle!l the businesses.
The first movie to be hit in this pandemic is nani starrer ‘V’ produced by Dil Raju. The movie is directed by Indraganti Mohana Krishna and is produced by Dil Raju. Now the actor Nani and Producer Dil Raju have initiated talks to release the film on Amazon Prime.

The recent news said that the unit has edited all the 40% portions shot so far and has finished all the post production works for the film as of now and is all set to resume filming all new the remaining portions as soon as possible which may be in September as per the hopes of the unit!

Nani has Shyam Singarai film with Rahul which also is an out and out family film with Pan India content!