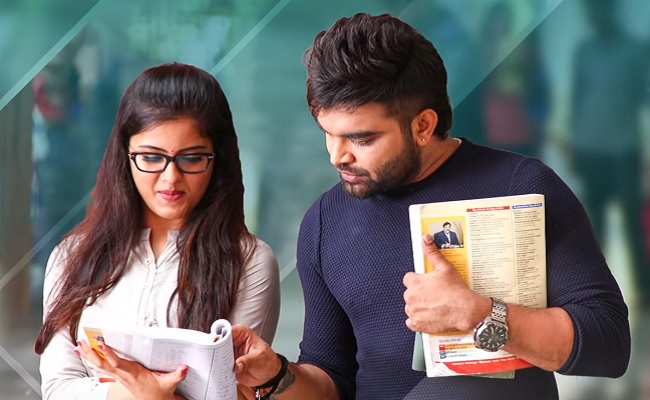 Small budgeted films should not wait for theaters to reopen. Especially films like Pradeep Machiraju starrer “30 Rojullo Preminchadam Ela” and Raj Tarun’s “Orey Bujjigaa” should emulate Bollywood and Kollywood and sell off rights to OTT platforms.

Since OTT giants are now offering a good price if the producers bypass the theatrical window and directly release them on their platforms, these small films should not hesitate.

However, Pradeep Machiraju is dead against this route. The reason he became a lead hero is to win the appreciation and applause from the general audiences.

Pradeep has a huge following as a Telly star. He is quite popular on the small screen as an anchor. “30 Rojullo Preminchadam Ela” is the maiden film as a lead hero. To his luck, the film has generated great buzz with its songs.

He doesn’t want his first to go the digital way. He wants this to hit the screens.

“Neeli Neeli Aaaksam”, composed by Anup Rubens and sung by Sid Sriram, has garnered a whopping 113 million views on YouTube. This song has brought a huge craze around this film.