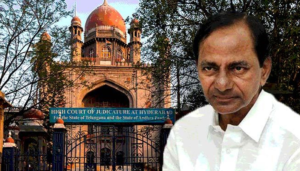 In one more setback to Telangana CM KCR, the Telangana High Court has put a stay on the decision to privatize 5100 routes in the state. After the High Court’s hearing on November 7th, CM KCR wanted to announce private travel operators taking over the routes.

However, yesterday the High Court expressed its deep disappoint on the state government’s attitude. In fact, a shocking thing got revealed that APSRTC is not divided and TSRTC has no legality.

After this, on Friday, the High Court took up the privatization of routes. The court has asked the government to submit a report on the cabinet decision and is completely against privatizing RTC.

Putting a stay, the next hearing in this matter is put off to November 11th. The RTC JAC has welcomed the decision of High Court putting a stay on privatizing over 5000 routes.

Overall the row between KCR government and RTC strike is getting twisted but the solution isn’t coming out yet.