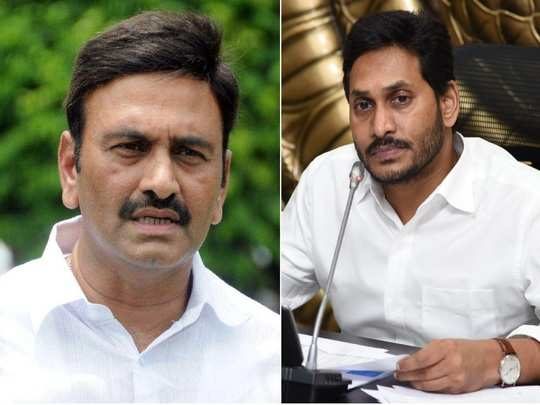 AP Chief Minister YS Jagan Mohan Reddy’s bail revocation case has taken another turn. Rebel MP Raghu Rama Krishna Raju filed a sensational petition in the high court, seeking to transfer the case to another bench as he doesn’t have faith in the verdict.

Mr Raju filed a lunch motion petition in the Telangana High Court seeking transfer of the case to another bench for an impartial verdict. The court accepted the petition filed by Raju and it will come up for hearing after 2:30 pm on Tuesday.

The CBI court will give the final verdict on the YS Jagan bail cancellation case on Wednesday. In this context, the MP approached the High Court and asked it to issue directions to the CBI court without issuing orders on the bail revocation petition. He urged transferring the case to other criminal courts in Hyderabad and Telangana. He asked for an urgent inquiry into his petition.