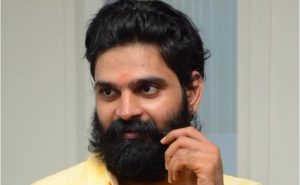 Sri Vishnu has been picking interesting scripts and characters that are relatable. He has done boy next door type of roles in his recent films Mental Madhilo, Needi Naadi Oke Katha and Brochevarevaru Ra.

His latest film Thippara Meesam showcases him as a rebel. The film has caught attention with its promos and publicity material.

Sri Vishnu is looking ferocious in this raw and gritty tale of a youngster who lives life on his own terms.

Thippara Meesam directed by Krishna Vijay is having a solo release today. It is the best chance for Sri Vishnu to make it count.

Considered as an off-season for big budget films, November box office is flooded with many small budget films.

However, Sri Vishnu is lucky to get solo release amid November rush. His last film Brochevarevarura turned out to be a clean hit for Sri Vishnu, but it had a solid star cast and entertaining screenplay.

Can he pull Thippara Meesam to safety all by himself? This is a big test for his crowd pulling capabilities that could help him get to the next level as a bankable actor.