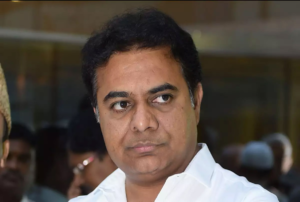 The ruling TRS party is in celebration mood with victory in over 100 municipalities out of the 120 in the state. The TRS leaders are giving credit to their working president KTR who also holds the municipal administration ministry.

Even in KTR’s constituency i.e, Siricialla, TRS party won the municipality but the ruling party rebels have showed their stamina shockingly. The TRS rebels have won at 10 wards more than that of BJP (3) and Congress (2). The rebels are rejoicing their victory and added that the TRS party did not trust them but the people did.

In Siricialla, TRS won 24 wards which is considerable lead over other parties. But they have made a big mistake and if they had 10 rebels support, the municipality would have a strong hold.

Never know, KTR might pacify the rebels and pull them into TRS fold in the coming days.