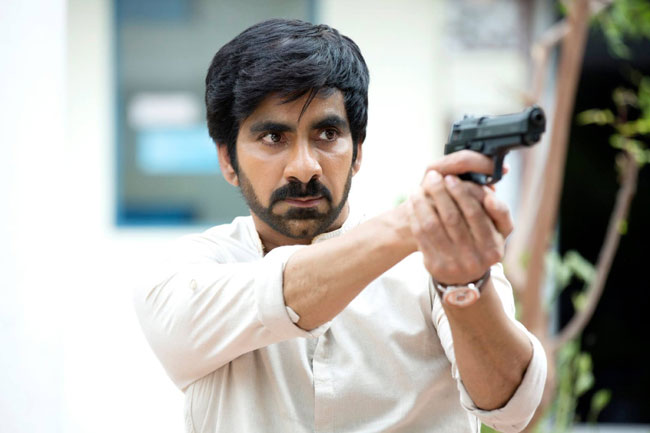 Mass Maharaj Ravi Teja is currently working on ‘Ramarao On Duty’ which is directed by Sarath Mandava. The first look poster got a very good response from the audience and there are a lot of expectations on this film. He will be seen as a sincere government officer in this movie.

According to reports, ‘Ramarao On Duty’ is loosely based on Vijay’s ‘Theri’. Sources claim that Ravi Teja showed interest in working on ‘Theri’ remake a few years back but it didn’t materialise. While ‘Ramarao On Dutyâ€™ which have Ravi Teja playing the role of an MRO, grapevine suggests that it shares some striking similarities with Vijay’s super hit film. Apparently, Ravi Teja will also be seen as a father of a girl in this movie. Also, the action sequences are going to be intense and pleasing to the fans.

The film is in its initial stages of production. It is currently underway in Hyderabad and the team are canning some key sequences featuring Ravi Teja and heroine Divyansha Koushik who is one of the leading ladies. Top-notch artists like Pavitra Lokesh, Nasser, Naresh, Rahul Rama Krishna, Madhu Sudan Rai, Surekha Vani and others are playing important roles. Music is being composed by Sam CS while Sathyan Soorya ISC is the cinematographer. Edited by Praveen KL, Sudhakar Cherukuri is producing this action entertainer under his ‘SLV Cinemas LLP’ banner in association in ‘RT Teamworks’. The story, screenplay, dialogues and direction are all handled by Sarath Mandava.