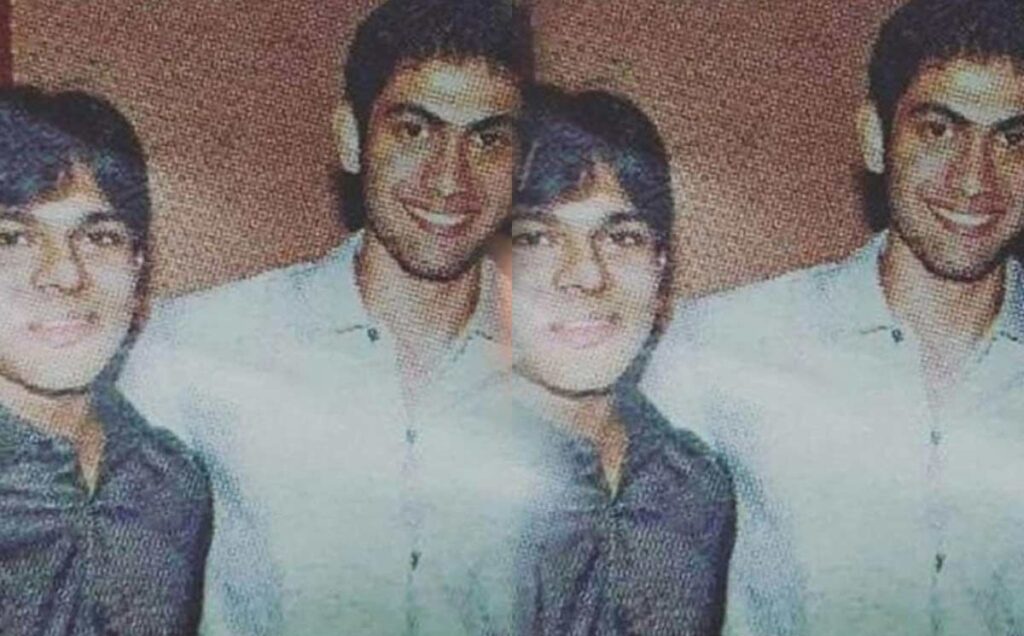 Ram Charan Tej and Rana Daggubati are thick friends. They were classmate in school, family friends in the industry and now colleagues too. There have been many pics of both the actors from their childhood, but one has caught our attention very much.

In the pic, amateurish Rana and Ram Charan are seen posing with actor Tharun, who was a heartthrob back then. Sharing this pic back then, which is of course a throwback, Rana wrote, “A throw back into many centuries ago or at least feels like it. I have no memory of this at all…😂😂😂😂#Charan #Tarun.” (sic)

Both Rana and Charan look completely unrecognisable in the pic. Dressed in a sky blue shirt, and a clean shaven look, which he doesn’t sport anymore, Rana looks different. Charan is seen sporting a silver tone shirt and he, as a teenager looks so chubby and unlike what he is now.

Needless to say, it is easily understandable on how much Charan has transformed himself into a perfect macho. Going by what he is seen as in character teaser of RRR, one can easily say how much he had struggled to get into shape, when compared with what he looks like in the pic.