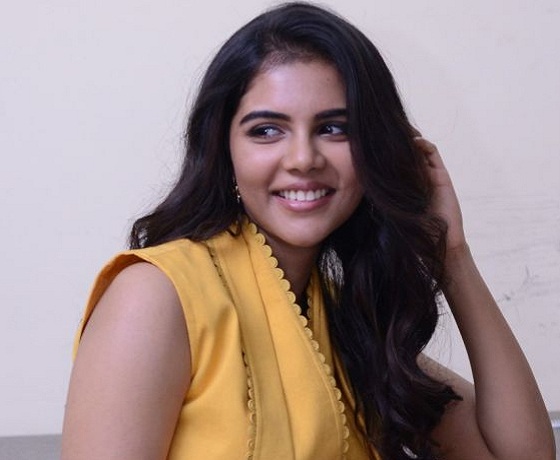 Actress Kalyani Priyadarshan said ‘Ranarangam’ movie completely belongs to Sharwanand and he will be seen in a strong and intense role.

Yet Kalyani added that “The weakness of Sharwa’s role is interlinked with my role. This film doesn’t go on a serious note throughout and will showcase the fun side of him. I play Geetha in the movie and I wore half-saree for it which is kind of first for me.”

When asked what impressed her the most, Kalyani replied that she signed ‘Ranarangam’ with her gut feeling and also she is a fan of gangster genre from her childhood. “I’ve always liked this crime, don films. I also wanted to hold a gun in any one of my films. It happened with ‘Ranarangam’ and I can’t reveal more details else my director Sudheer Varma would kill me.”

It’s the narration too that got Kalyani’s liking. “Director Sudheer gave me a full narration and the screenplay is going to be very gripping. The film’s span across 20 years and so it will be interesting to see how it pans up,” added Kalyani.

‘Ranarangam’ is hitting the cinemas on August 15th.