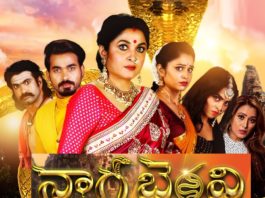 On Jayalalithaa’s birth anniversary, the makers of Kangana Ranaut‘s upcoming film ‘Thalaivi‘ have announced the film will release in theatres on April 23, 2021.

The makers of the film announced the release date with a motion poster that features former CM Jayalalithaa’s remarkable journey into the spotlight. From changing the face of cinema to the fate of a state, Jayalalithaa shaped the destinies of millions.

The movie also stars Arvind Swami, Prakash Raj, Madhoo, Jisshu Sengupta, among others. Thalaivi will be released in three languages, these include Hindi, Tamil and Telugu.

It is directed by AL Vijay and produced by Vishnu Vardhan Induri and Shailesh R Singh under their respective banners Vibri Media, Karma Media And Entertainment in association with Gothic Entertainment and Sprint films.