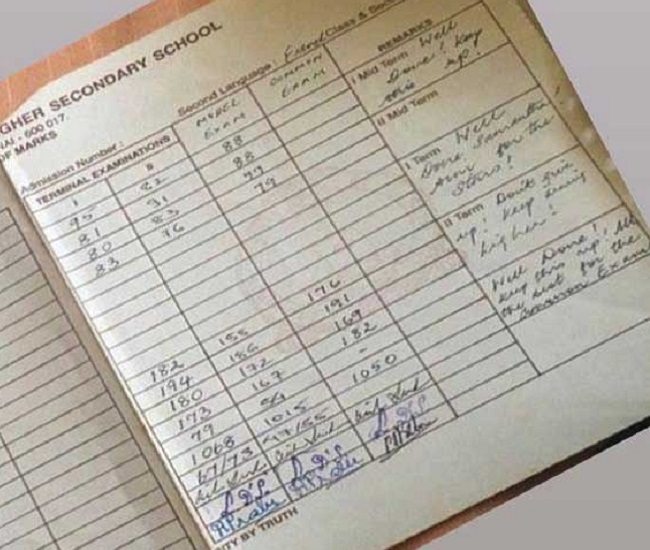 Southern star Samantha Akkineni was a bright student and an “asset” to her school, according to the performance card she shared on social media.

Samantha took to Instagram Stories, where she shared her tenth grade half-yearly report card given by her school CSI St. Stephen’s Matriculation School in Pallavaram, Chennai.

In the image she shared, Samantha scored 90 in English, 100 in mathematics, 95 in physics, 84 in botany and 91 in history among many other subjects which she scored above 85.

On the remarks column, it was written: “She has done well. She is an asset to the school.

The actress then shared another scorecard from of her 11th grade, and in the remarks column her teachers seem to be impressed by her good scores.

Samantha captioned it: “Look what I found again.”

Samantha has made a name for herself in Tamil and Telugu film industries. She is known for her performances in films such as “Ye Maaya Chesave”, “Neethaane En Ponvasantham”, “Eega”, “Mersal” and “Rangasthalam”. She impressed all with her role in “Super Deluxe” last