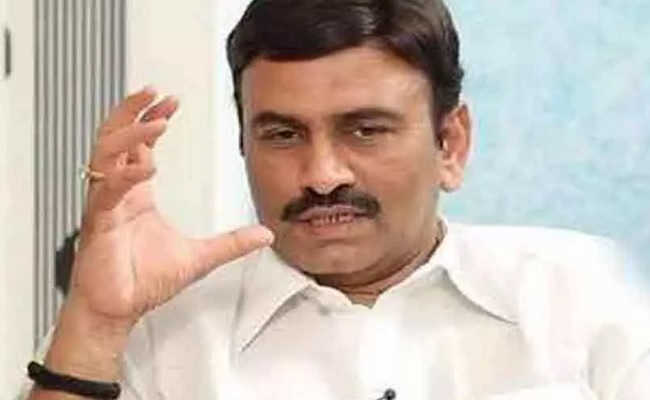 As the YSRCP is moving pawns to sack party MP from Narasapuram parliamentary constituency Kanumuru Raghurama Krishnam Raju, the latter appears to be gearing up for joining the BJP.

On Monday, Raju, who is presently in New Delhi, sprang a surprise by releasing a song in the social media in praise of Prime Minister Narendra Modi and his achievements in the last six years. It clearly showed that the MP is inching towards the saffron party.

The Narasapuram MP, however, told the reporters that he had released the song because of his great respect towards the Prime Minister.

“The song was composed by my friend who is a music director. I shared the song in the social media because it talks about national spirit and patriotism,” he said.

He further said YSRC parliamentary party leader V Vijay Sai Reddy had no locus standi to issue show-cause notice to him, as he was not the president of the party’s disciplinary committee.

“Nevertheless, I gave an explanation to party president Y S Jagan Mohan Reddy and sought his appointment to meet him to explain my stand,” he said.