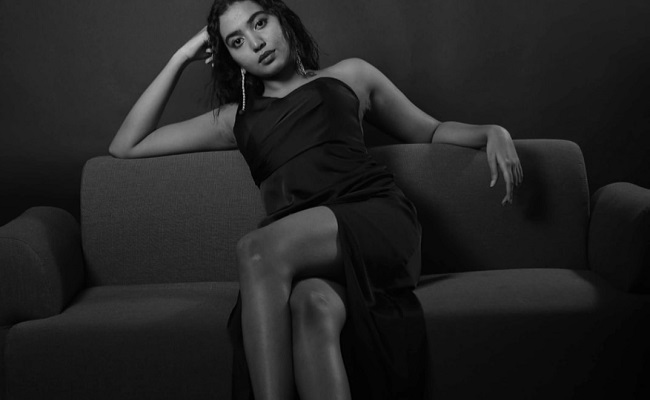 Rajasekhar’s younger daughter Shivathmika made debut in ‘Dorasaani’ but her maiden film was a flop. But she is undeterred by a non-happening career.
On her part, she is updating her Instagram timeline with various photoshoots. She is mostly posting glamorous photographs.

Shivathmika is the daughter of Rajasekhar and Jeevitha. She also signed a new film but that is yet to begin the shoot.Her sister Shivani Rajasekhar is said to have dropped her plans to try her luck in Tollywood after debut film ran into financial troubles.

Shivani’s first film was a remake of Bollywood hit ‘2 States’ with Adivi Sesh playing the lead hero. The film was shelved after the completion of fifty percent.Shivathmika, on the other hand, is going ahead with her acting career and seems to be looking for new offers.