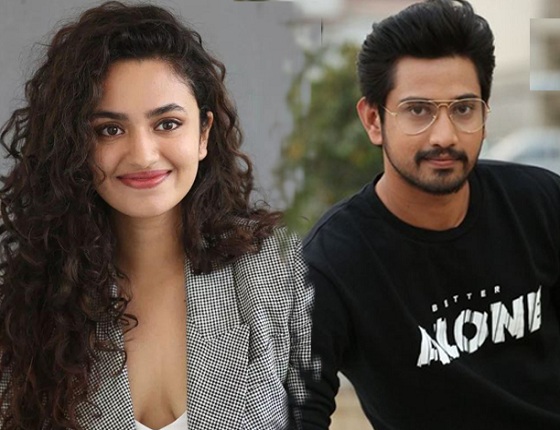 For one of the upcoming films of Raj Tarun, a plethora of heroines is being considered, given advance, shooting for a couple of days and getting cancelled. Though the production team denied shooting with any, it looks like he has to go for yet another heroine change.

Raj Tarun has teamed up with Gundejari Gallantayyinde fame director Vijay Kumar Konda, for a love story, which is in the production from some time. The first choice for this film when it comes to leading lady is none other than Arjun Reddy fame Shalini Pandey.

Later they wanted to bring someone who is more star attraction to the film and thought of Aditi Rao Hydari. But with producer unyielding to spend 80 lakhs to bring these starlets aboard, finally, they are going for a seasoned performer.

The latest buzz has that Malavika Nair of Yevade Subramanyam and Kalyana Vaibhogame fame is roped as the leading lady, and she will be joining the shoot very soon. One wonders if this choice will stay permanent or there will be a change again.