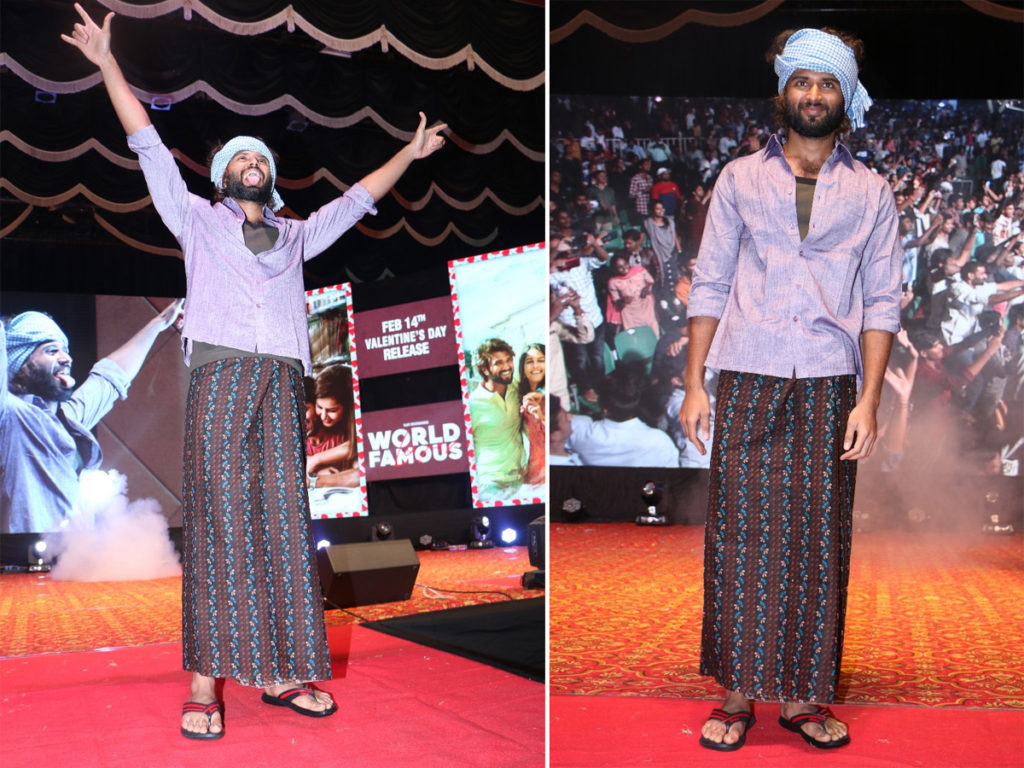 Raashi Khanna was bit surprised to see Vijay Deverakonda in Lungi. Complimenting his hero, Raashi said he looked charming in the Lungi.Vijay reacting another time about last love story comment said, “I don’t know what to say about this now. I have romanced four heroines in the film and I felt like taking break from doing romantic entertainers.”

Vijay Deverakonda has been promoting the film just from the day the trailer was released. Clarifying on this, he stated, “Since I was in Mumbai shooting for my film, I couldn’t attend promotions of World Famous Lover. Raashi Khanna literally used to scare me saying I should attend promotional activities to generate some buzz on the film. But, with support of rowdy boys, Vijay Deverakonda films will usually carry the excitement factor.”

Vijay guaranteed movie buffs of a new experience in the film. “We really worked hard for the film. All the heroines put in their best efforts. Experience the world of World Famous Lover from this Friday.”