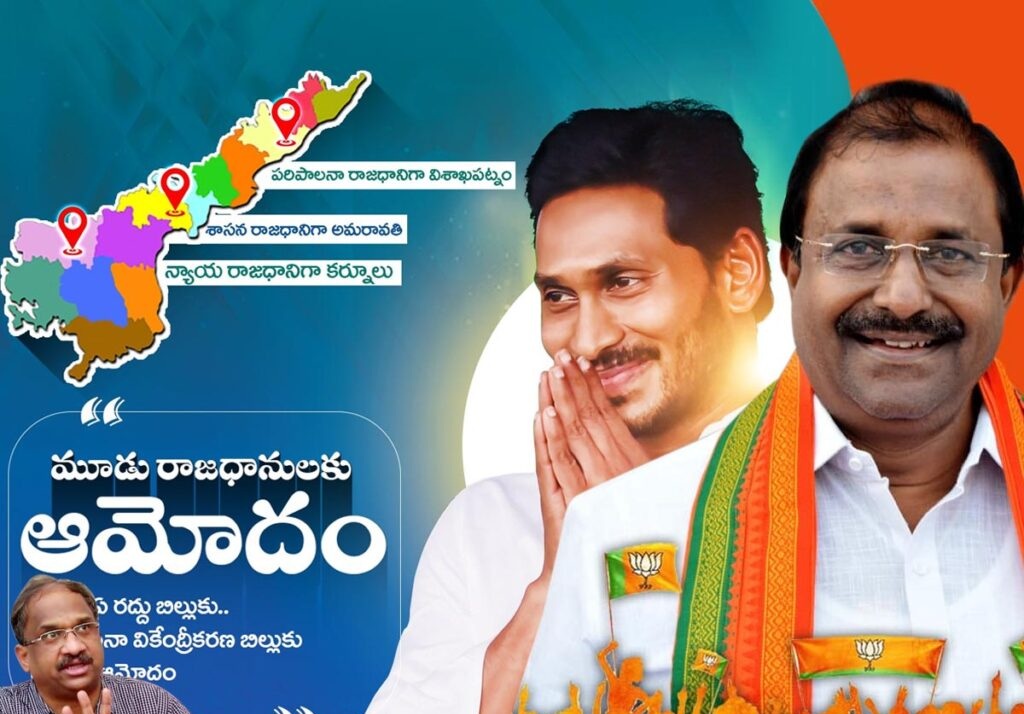 Three significant developments happened in Andhra Pradesh in a span of few days. Somu Veerraju believed to be soft towards YS Jagan, who was vehemently critical of Chandrababu Naidu replaced Kanna Lakshminarayana as BJP state party chief. Kanna Lakshminarayana was much more vocal supporter of Amaravati cause.

Third, Governor has given his consent to controversial three capitals bill ignoring the opposition plea for a closer legal perusal. These three developments which occurred with a remarkable alacrity may sound unrelated to each other.

But, if dots are connected, political circles read a possible clandestine understanding between BJP and the YSR Congress. Pawan Kalyan’s conspicuous silence on Amaravati amid such momentous developments, especially after he embraced the saffron brigade, gives credence to the speculation of possible BJP-YCP deal.

While reiterating party stand that Amaravati should be the sole capital of Andhra Pradesh, Somu Veerraju categorically stated that the centre has no role to play in this regard. Technically speaking, Somu Veerraju is right.

But given YS Jaganmohan Reddy’s vulnerabilities, the BJP’s all India leadership is certainly capable of exerting political pressure on Andhra Pradesh chief minister to withdraw his controversial move on Amaravati. The manner in which BJP led central government is misusing gubernatorial office in Rajasthan today and its several states since it assumed office in 2014, does not inspire the argument that the saffron party is unconnected with governor’s choice of giving assent to the controversial three capitals bill.

BJP desperately needs YS Jagan’s support in Rajya Sabha. The YSR congress party which moved a no confidence motion against the Modi 1.0 government is now avidly supporting each and every move of NDA 2.0 government. Vijayasai Reddy, a close confidant of YS Jagan has not minced words when he said that every decision taken by latter is only after consulting prime minister and home minister.

The BJP national leadership has not reprimanded YSR congress parliamentary party leader. Given this bonhomie, it is difficult to believe that YS Jaganmohan Reddy has moved ahead on Amaravati without the tacit approval from the BJP all India leadership.

The multiple voices from BJP camp on the fate of Amaravati further substantiate the thesis that the saffron brigade is running with hare and hunting with hounds on vexed capital questions.