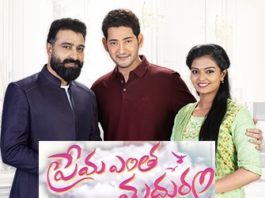 After making an impression with his work in various projects, young actor Shiva Kandukuri is arriving with an intriguing movie titled ‘Boothaddam Bhaskar Narayana’. The first glimpse created a decent buzz and the makers have now dropped in the teaser which looks very interesting.

The movie is going to be a compelling investigation drama and it is going to be filled with twists and turns. Shiva Kandukuri plays the role of a detective who tries to make a name for himself. A serial killer is creating chaos which makes the police worried and the hero decides to investigate it himself.

The visuals are good and the teaser is edited in a manner which makes the audience completely invested in what’s going on. They did reveal a lot of details but managed to capture the attention of viewers which is quite commendable. The movie is going to release on 31st March worldwide.

Written and directed by Purushotham Raaj, ‘Boothaddam Bhaskar Narayana’ is produced by Snehal Jangal, Shashidhar Kasi and Karthik Mudumbi. Sricharan Pakala and Vijai Bulganin are the music composers while Goutham G is the director of photography. Garry Bh is the editor while Anji Babu took care of the stunts.