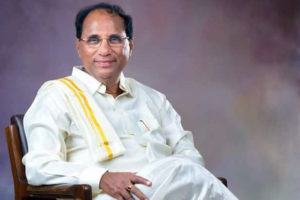 A fan of former speaker Kodela Siva Prasad Rao has filed a public interest litigation (PIL) on the TDP leaders death in the Telangana High Court. In the petition, the fan identified as Anil Kumar has included Telangana government, Banjara Hills CI and CBI as respondents.

Speaking after filing the PIL Anil said, “Being a fan of Kodela, I have many doubts on his death. There is a conspiracy in this and moreover Kodela is not that weak person to commit suicide. Many politicians have cases against them and many went to jails in the past. Fearing cases and jail, Kodela will definitely not kill self.”

Adding he suspected that Kodelas son Sivaram to be behind this. “Just to get sympathy factor, and avoid cases, Sivaram might have killed his father while Chandrababu wants a political mileage from this. I request the Telangana High court to summon CBI to probe Kodelas death mystery,” concluded Anil.

Post the death, Kodela’s nephew Sai too claimed that Sivaram might have a hand and even wrote to the top police officer of Guntur. But the police did not take any action on the letter so far and left it to the Telangana police who launched a probe as Kodela committed suicide in his Hyderabad residence.