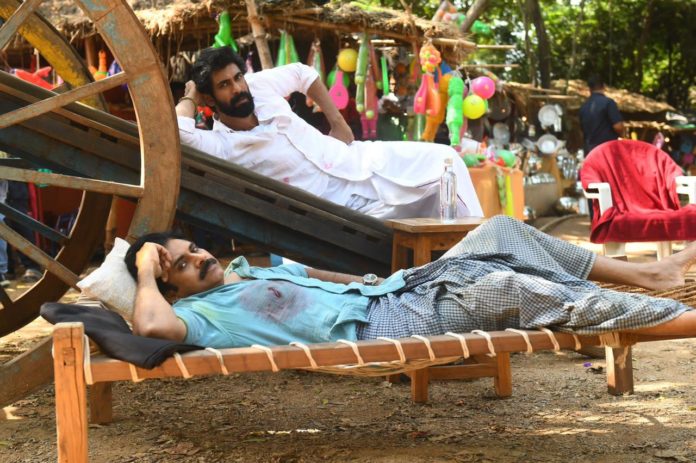 The makers of Bheemla Nayak, an action drama starring Pawan Kalyan and Rana in the lead roles are promoting the film aggressively much ahead of its release.

Now, the makers have unveiled a new snap featuring Pawan and Rana. This snap has a powerful vibe to it as we see both the stars carrying an intense look on their faces. They are seen in their costumes as well.

“Unwinding off the camera #BheemlaNayak & #DanielShekar,” the statement from the makers of Bheemla Nayak read.

Bheemla Nayak is the Telugu remake of Ayyappanum Koshiyum and it is being directed by Saagar K Chandra. The film is announced for release on the 12th of January next year.