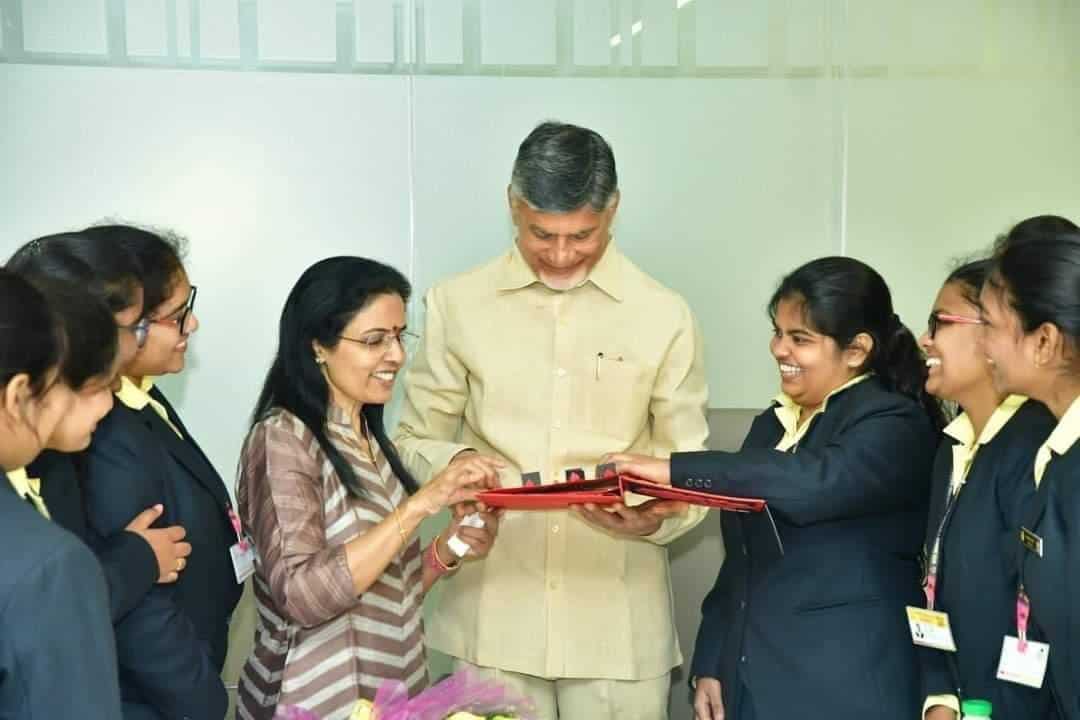 It was a great relief for the TDP leaders, party sympathisers and admirers of TDP chief and Opposition leader N. Chandrababu Naidu to witness him and his wife Nara Bhuvaneswari in smiles yesterday after the bitter experience in the Assembly last week.

The students of NTR Junior and Degree College for Women at Gandipet called on Bhuvaneswari to invite her as the chief guest on the occasion of Freshers’ Day scheduled on November 30 on the premises of the institution.

In the latest pictures of the students interacting with Naidu and his wife and also posing along with them with a smile of their faces. In one of the pictures, the duo were found enjoying a lighter moment with the girl students as the latter showed them something interesting. 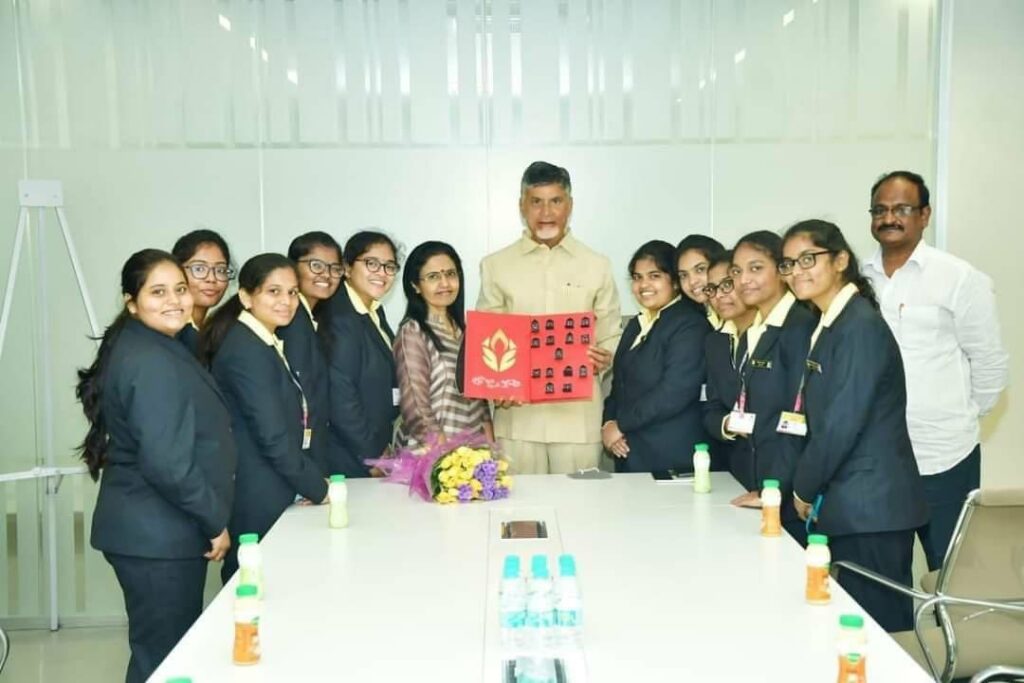 It is a good to see Naidu getting back to his usual and this reflects his sportive nature, said a few TDP leaders.

Unable to bear the humiliation by the YCP leaders over the defeat in his native Kuppam municipality and controversial remarks over his wife, Naidu broke down in the public while addressing a press meet. Covering his face with his hands, he became emotional and could not easily gain control of himself.

Well, time is a great healer. It would be good if both the ruling and opposition parties forgive the follies of each other and move on amicably leaving the past behind.

Hope Andhra Pradesh will see brighter days with the TDP and YCP burying their differences and getting together to develop the state.