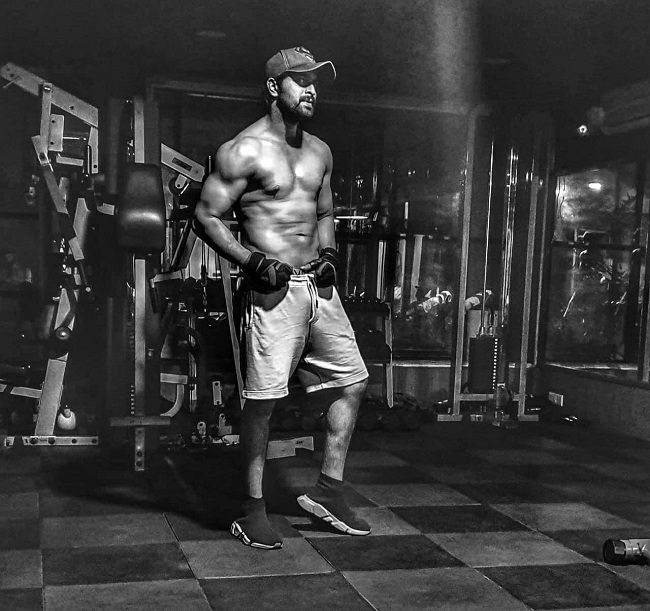 This is a stunning makeover. Naga Shaurya is surprising us with his complete transformation of the body. Look, he has achieved six-pack abs and muscles in no time. Here’s the pic of his ripped body.He appeared as a chocolate boy in “Oh Baby” a couple of months ago and also injured in a movie’s shooting. And now, he has achieved six-pack abs. This achievement is not an easy task.

He underwent rigorous training and followed a strict diet. Even as he was shooting for ‘Ashwathama’, his current film, he worked hard to gain this body.In recent times, actors like Ram Pothineni and Bellamkonda Srinivas also achieved six-pack abs but Naga Shaurya’s makeover is stunning. This is a great transformation.

The actor will bare his upper body and showcase his hard-gained abs in the upcoming movie.Naga Shaurya has been working hard with a total dedication towards his career. He recently moved into a big office and the interior was done tastefully.

He is also producing movies on his own. He has a clear vision for his career.