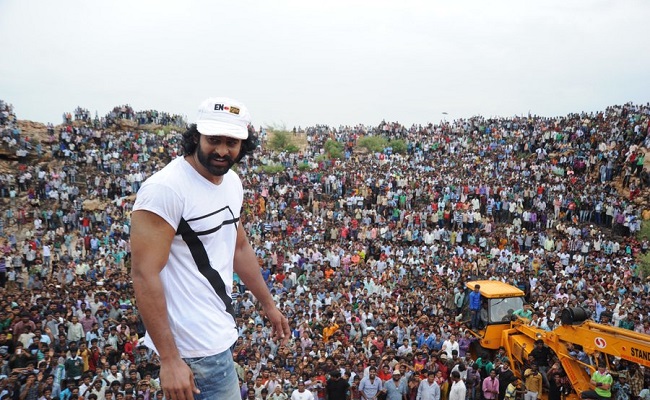 This day, seven years ago was the first day of the shoot of the Baahubali series, director SS Rajamouli’s two-part magnum opus, which went on become one of the biggest film series in the history of Indian cinema and blurred boundaries of south cinema and Bollywood like never before.

The official Twitter handle of Baahubali movie, shared pictures from the first day on the sets of the film, which shows Prabhas (who played the eponymous character) was welcomed by an overwhelming crowd.

The team wrote, “July 6, 2013. The moment when it all began! We started the shoot of Baahubali on this day 7 years ago.”

In other pictures in the post, filmmaker Rajamouli appears to be giving instructions to his crew while the massive crowd looked on.

We started the shoot of #Baahubali on this day 7 years ago… ✊🏻 pic.twitter.com/JQmbRuplki