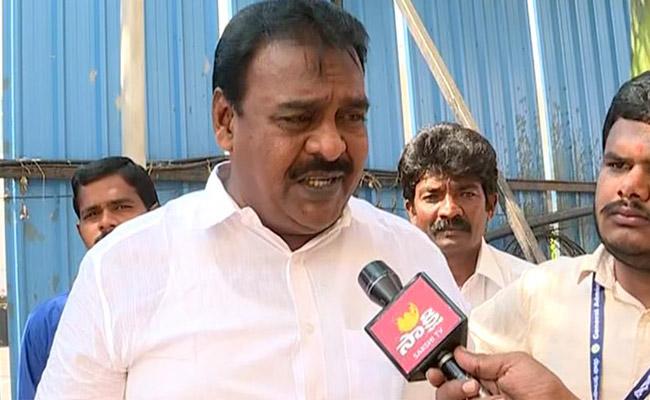 While the entire party is opposing the shifting of capital from Amaravati to Visakhapatnam, Rapaka came out openly in support of the decision of Jagan Mohan Reddy. When the party is holding protests in Amaravati, Rapaka was nowhere to be seen.

A couple of days ago, when Pawan held a meeting of senior party leaders at the party office in Vijayawada, Rapaka was conspicuous by his absence and was seen moving with minister Kodali Nani in Gudivada.

When YSRC MLA from Kakinada Dwarampudi Chandrasekhar Reddy was using abusive language against Pawan, Rapaka did not utter a word condemning the same.

And when the Jana Sena Party activists were being beaten black and blue by the YSR Congress party activists in Kakinada town, Rapaka was nowhere to be seen.

Now, Pawan seems to have decided to mount moral pressure on Rapaka to quit the party on his own.

Jana Sena’s social media wing “Sataghni” has started attacking its own party MLA for keeping silent over the alleged unruly behaviour of Dwarampudi.

“When YSRC leaders are making vulgar and unparliamentary comments against the president of the party you are representing and indulging in rowdyism against Jana Sena leaders and cadre in your own district, don’t you have time even to respond them? For you, are bull races more important than party?” the social media post asked.

The Sathaghni activists reminded that when Rapaka was arrested and YSRC leaders tried to see that he did not get the bail in the past, Pawan had entered the scene directly and made them beat a retreat.