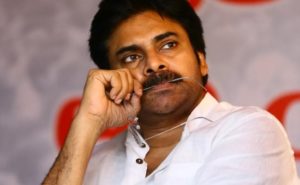 Three days ago, speaking at a lawyers’ meeting in Tirupati, Pawan Kalyan said nobody had the right to kill a person for committing a crime like rape and murder. He suggested that the rapist should be given two smacks with a cane in front of everyone till his skin rips off.

“Today what you people say is to hang the accused in Disha rape and murder case till death in front of everyone. We should remember that we don’t have the right to kill a person,” he said.

But on Friday, when all the four accused were killed in an alleged police encounter, the Jana Sena chief said justice had been done to Disha.

He said there shall be instant justice in such cases. He even suggested that in view of the safety of the girls, the punishments should be implemented in public.

Pawan said following the encounter, peace had met the Disha’s soul and he conveyed his greetings to Disha’s parents and wished them a speedy recovery from the trauma and distress.

“After the Nirbhaya incident, our Parliament introduced a strong law. Yet the rapes did not stop. There are still such gruesome crimes across the country, which need to be addressed and investigate quickly. It is the need of the hour to make laws that would scare the criminal not to resort to crimes on women,” Pawan said in a statement.

In a video recorded in the past, Pawan was heard saying that he felt like stabbing the people who had ragged her sister in his childhood. But when people demanded that those who had raped and murdered Disha should be lynched, Pawan spoke about human rights.

It shows there is no clarity of thought for Pawan and he will take a U-turn on any issue according to his convenience!