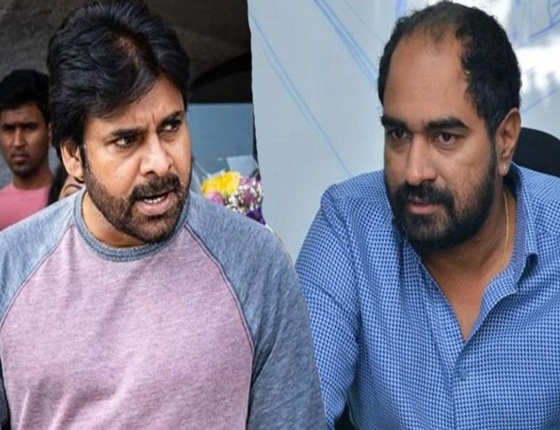 With a chartered flight to shuffle in and out of Hyderabad, and with directors willing to plan the schedules of movies basing on his availability, whether day or night, surely Pawan Kalyan is currently the most luxurious star who could shoot films at his own time and will.

Shuffling between the sets of Pink remake that is titled ‘Vakeel Saab’ and Krish’s period film, currently, Pawan is quickly wrapping schedules. Other day he is said to have wrapped the first schedule of his film with Krish, where a special lake and steamer boat sets are erected at the popular Aluminium factory, and they have wrapped a major part there.

We hear that another set is being built for this movie at Ramoji Film City and very soon Pawan Kalyan will kick start that schedule as well. For the now, he’s done with Krish film and will be wrapping Pink remake very soon. Going by the details of the shoot, it looks like Pawan is playing the role of a Robinhood, while buzz has that the film is loosely inspired by Telangana’s Pandagula Sayanna.

On the other hand, Pawan Kalyan remained silent over the loss of BJP in Delhi elections, where the party felt that it could pip Aam Admi Party easily. But Aravind Kejriwal showed how transparent politics and the pro-Poor government could help a party win back for the third time. Let us see what Pawan says about hsi new ally’s major loss.