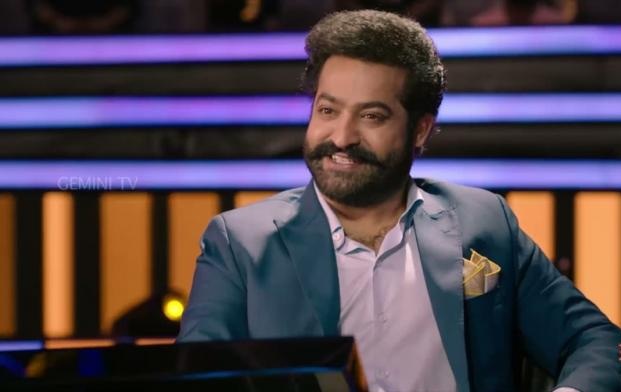 Jr NTR is grabbing everyone’s attention with his impressive hosting skills in the popular quiz show Evaru Meelo Koteeswarulu. The show, which marks the comeback of the actor to the small screen, is garnering decent TRP ratings.

Now, the latest update we hear is that Tollywood’s star directors SS Rajamouli and Koratala Siva are participating in the game show for a special episode that will be aired very soon.

A promo video by Gemini TV was released, and it shows the host sharing great chemistry with both directors. This special episode will air on Monday, September 20, at 8: 30 PM.

Needless to say, Jr NTR shares a great rapport with both the outstanding directors. The actor and Rajamouli’s collaboration has given some big-time hits like Student No.1, Simhadri, and Yama Donga in the past while NTR’s Janatha Garage, helmed by Koratala Siva, was also successful at the box office.

On the work front, the actor will next be seen in Rajamouli’s magnum opus RRR. He also has an untitled film with Koratala Siva for his next.