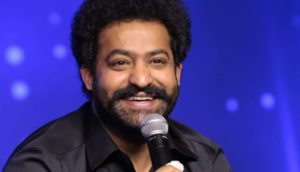 Jr NTR’s next with Trivikram has been shelved and the former has locked his immediate next project already. Tarak will be joining hands with Koratala Siva who previously gave him a blockbuster with Janatha Garage.

NTR30 will be helmed by Koratala Siva and the project will be officially announced tomorrow.

Jr NTR – Koratala Siva project is expected to commence after the former completes RRR and more details about the same will be unveiled in the days to follow.

Also, Tarak will be collaborating with Buchi Babu of Uppena fame for his 31st project. This project will also be announced in the near future and related works are being carried out at a brisk pace.

Coming to Trivikram, he will be working with Mahesh Babu for his next. This will be Mahesh’s immediate next project after Sarkaru Vaari Paata.