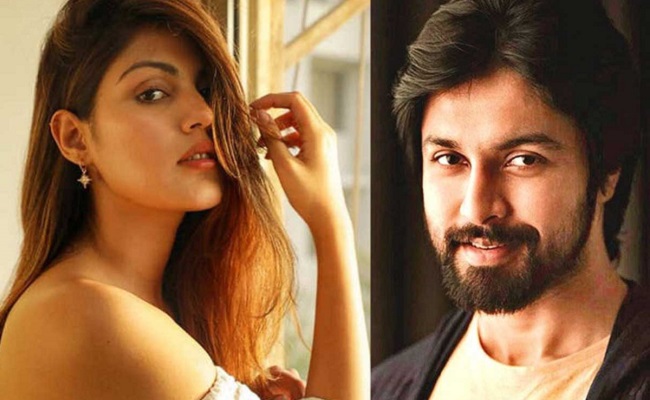 Rhea Chakraborty is now at the center of discussion among the common public due to Sushant Singh Rajput’s death case.

Sushant’s father filed a case against her alleging she siphoned off money from his son’s account. He also accused her of harassing him mentally.

CBI which took up the case will now question her. Meanwhile, a discussion in Tollywood is that Megastar Chiranjeevi’s Kalyan Dev and his makers must be feeling relieved. Rhea was the first choice as the heroine in Kalyan Dhev’s current film “Super Machi”.

She also completed a schedule with Kalyan Dhev but the makers replaced her with Kannada actress Rachita Ram. They scrapped the scenes shot with Rhea. Insiders say she threw tantrums.

“Super Machi” has now completed its shooting part and is readying up for release.